The 2012 Man Booker prize longlist has just been announced and Umbrella, Will Self’s new novel published by Bloomsbury, is one of the 12 selected. You can order a discounted copy ahead of next month’s publication from Amazon here.

Read an extract from Umbrella here.

A 20 minute video of Will Self reading an excerpt from his forthcoming novel “Umbrella” at The Literature Society’s ‘Alternative Good Friday Sermon Event’. 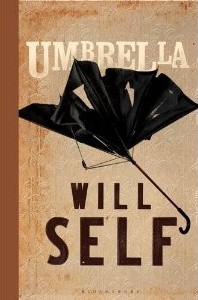 Umbrella, was published in the UK by Bloomsbury on 16th August 2012. You can buy online at Amazon.co.uk.

Umbrella was published in the USA by Grove Press on January 8th 2013 – You can buy online at Amazon.com

“A brother is as easily forgotten as an umbrella.” James Joyce, Ulysses

Recently having abandoned his RD Laing-influenced experiment in running a therapeutic community – the so-called Concept House in Willesden – maverick psychiatrist Zack Busner arrives at Friern Hospital, a vast Victorian mental asylum in North London, under a professional and a marital cloud. He has every intention of avoiding controversy, but then he encounters Audrey Dearth, a working-class girl from Fulham born in 1890 who has been immured in Friern for decades.   More...