Will Self’s talk from October 2018 at the Hillingdon Literary Festival, which begins with a reading from a section of his short story “Scale” (from Grey Area). Will discusses the writing of his books Walking to Hollywood and Phone, the importance of the M40 in his fiction, pretending to be British, the Iraq war and a little about his new memoir, Will, which is due to be published in November. 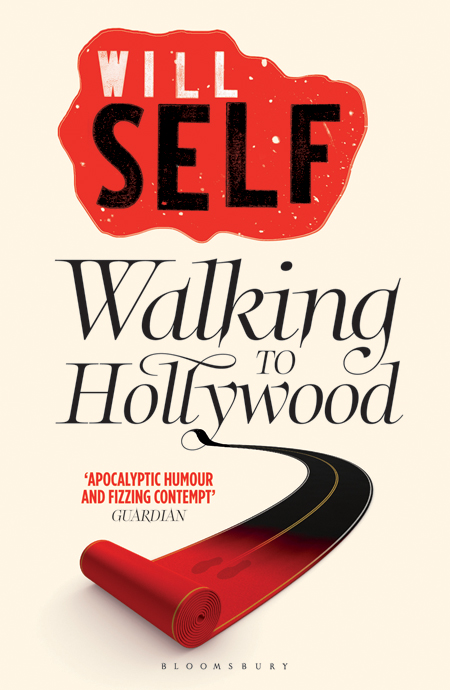 Fascinating article by Edwin Heathcote in the FT, who interviews Self about the appeal of miniature villages and also mentions Self’s short story Scale, in which the morphine-addicted protagonist lives beside Bekonscot model village, which is celebrating its 80th anniversary.

I’ve been working all morning on the stage adaptation of my 1993 short story ‘Scale’, which appeared first in the literary magazine Granta and latterly in my collection ‘Grey Area’. Ostensibly the tale of a man with a severe DIY opiate addiction, living next to a model village, ‘Scale’ is perhaps my most Borgesian of stories, in that I tried to incorporate within it 5,ooo-odd years of human history (massive time scale), and every known literary genre – oral ballad, free verse, academic thesis, thriller, stream-of-consciousness &c. Naturally, there are also myriad plays on all the available senses of the word ‘scale’: kettle, music, lizard, bathroom &c. When I was writing it I gloried – as we monoglots all must – in the rich synonymy of the English language.

The idea that some thirteen years later I’d be rewriting the story would, at the time of its original composition, have filled me with an unspeakable horror. But then in those days almost anything filled me with an unspeakable sense of horror. I’ve tried to introduce into the stage version, as well as a few characters, a more plangent satire on the nature of temporal periods – eras, decades, modes, what you will. It seems to me that the contemporary era is characterised, in part, by both its relentless ephemerality and its desire to crystallise into readymade epochs – the 60s, the noughties, the Punk Era, whatever. In truth, we’re uncomfortable with the phenomenon of the recent past; everything must either be reassuringly encapsulated, or subsumed to the ever-becoming present. (To hijack Morrissey: ‘How Soon is Now?’.)

At once hoping to buck this tendency – and lambast it – I’ve set ‘Scale: The Play’ in the year it was conceived of – 1992 – and larded it with ‘period’ detail, right down to having a classical ensemble on stage, which plays the debased, ecstasy-inspired music of the time – Shamen, KLF, whatever – scored for strings and sung by a mannered soprano. There are, naturally, extensive quotations from John Major’s speech to the Conservative Party Conference of that year, in which his dweeby triumphalism is juxtaposed with appeals for more service centres on British motorways (this was just after the M40 extension to Birmingham had opened, and as yet there was nary a service centre the entire 86 mile length of it. This, indeed, was the comic ‘hook’ for the story: all of that time, all those styles and modes and meanings are compressed into the time between the Major Speech and the opening of the Cherwell Valley Services.) I hope the producer likes it.

Arising from this reverie of the recent past, I leave my house, walk up past the Stockwell Bus Garage, turn past Stockwell Tube, worship for a few moments at the shrine to Jean Charles de Menezes, the Brazilian electrician gunned down by the Metropolitan Police’s SO19 Firearms Unit in July of last year, and then troll on into my own recent past. Or rather, into my own increasingly distant past – if only it were recent.

I first got to know this scumbered and unlovely stretch of the Clapham Road back in the 1980s – round ’85 to be precise. I was an up and downing young junkie, covered in scabs and charity shop tweed. Through the woman I’d first started using heavily with, I was introduced to a number of people who dealt in the large terrace of Edwardian flats (there is an enigmatic ‘1916’ inscribed over the highest pediment), which runs from Lingham Road up towards Clapham. At that time the flats were run down, many of them squatted, and there were travellers’ vans and caravans on the muddy earth strip between them and the road.

This was a doomy, gloomy realm, where illiterate acolytes of Crowley shot up and puked amidst dusty velveteen curtains. If you want a full evocation of it, it can be found in the junkie reveries of the character Richard Whittle, in my novel ‘My Idea of Fun’, where – if I remember correctly – it is described as the residence of a couple dubbed Fat Rosie and Beetle Billy. (I could be wrong – I’ve never reread this book.) Behind the flats range three monolithic tower blocks. In the 1980s they were granite-grey, now they’re cladded a bilious yellow.

I mostly used to score off a couple called John and Denise who had a basement flat. John was a dreadful dealer (although, in fairness to him, the concept of a ‘good heroin dealer’ is an obvious oxymoron). He was constantly in debt, he always shot up most of what his dealer laid on him. He lied, he wheedled, he kvetched. He was a skinny little man with a whispy mustache. He always wore a donkey jacket, and walked with the characteristic mincing, stuttering, listing gait of the chronic opiate addict. Denise kept things – such as they were, the flat was bare, the lightbulbs naked, the lino scuffed and broken – together. They had a small daughter, and on one morning when I arrived I found the Health Visitor emerging from their basement window and scrambling up the earth bank, because John had lost all the keys to the heavily barred door.

To be Continued, I fear

“This collection of short stories was so brilliant, it took my breath away. I agree with the last reviewer that Self’s stories are better than his novels. And I think of all his short story collections, this is the best. It is dazzling but also Self at his most accessible and readable.” – A Reader

“Speaking on the phone from London (“inner suburbia”), Self says of his new neighborhood, “It’s pretty grim, but it’s my spiritual home,” before going on to describe, as if it were the Piazza San Marco, the view from his roof terrace: “I can see the Westway slicing through like a river, leaving behind a great oxbow. In terms of Grey Area I’m at the navel of the world. The absolute beginning of the M40.”

Raised in an “effortlessly dull” London borough (“If we wanted to be posh we called it Hampstead Garden, and if we wanted to be honest we said East Finchley”), Self describes a “peculiar obsession with suburbia” that informs his work: “I have a tricky duel lineage: my mother was a Jewish American, so I was raised by somebody who every day was reshocked by the fact of the privet-lined precincts. On the other hand she was quite an Anglophile. So I have an ambivalence and an acceptance of it.” This mixture, says Self, has helped him make “something outrageous out of the dull.””

Synopsis:
These stories create a world of oddity superimposed on an ordinary world. They include six controllers running the whole of London life in all its minutiae; a nightmare tour of Soho where everyone professes to be a writer, and the discovery in 1000 years’ time of our strange motorway culture.